Built exclusively for VR, Arizona Sunshine puts you in the midst of a zombie apocalypse. 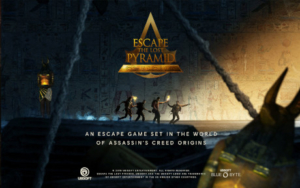 Much archery, such magic

Paint your friends and win the battle! 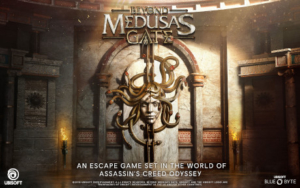 Greece 445 B.C. in an age of eloquent philosophers, merciless gods, and death-promising oracles.

Serious Sam is back! And this time it's REAL!

PAYDAY is an action-packed, four-player co-op shooter that lets gamers wear the masks of the PAYDAY crew as they descend on Washington DC for an epic crime spree.

Built exclusively for VR, Arizona Sunshine puts you in the midst of a zombie apocalypse. Handle weapons with real-life movements, freely explore a post-apocalyptic world, and put your survival skills to the test in VR – putting the undead back to rest is more thrilling than ever before!

Armed with little more than your motion-controlled weapons and the scarce ammo and consumables you find along the way, you need to navigate the hordes of zombies in your desperate search for human contact.

QuiVr is the defining archery experience, made from the ground up for Virtual Reality. Grab your bow, arrows, and some friends to fight the enemy onslaught.

QuiVr literally puts the power of the bow and arrow in your hands. Tasked with defending your keep (and the power within) from an ever-advancing enemy, you’ll find yourself in a thrilling fight for your very survival! It won’t be an easy battle – but with steady hands and powerful friends, you’re sure to succeed… With satisfying, intuitive archery gameplay, QuiVr is the game of choice for both VR veterans and newcomers alike. This is what Virtual Reality was made for.

Beat Saber is an immersive rhythm experience you have never seen before!

Enjoy tons of handcrafted levels and swing your way through the pulsing music beats, surrounded by a futuristic world. Use your sabers to slash the beats as they come flying at you – every beat indicates which saber you need to use and the direction you need to match.

With Beat Saber you become a dancing superhero!

As winner of the 2019 Steam Awards – VR game of the year, Beat Saber has been creating shockwaves in the community for gamers and non-gamers alike.
Join the hype!

Become an elven assassin.
Take a bow and kill hundreds of orcs of different types that want to get into the elven town and destroy it. As an elven assassin, you will make spectacular shots like long distant headshots or you will send lethal arrows through the windows. All this to conquer global leaderboards of other elven assassins.
Piece of cake then?
Not really. This is real orcs assault. The Orcs are running fast making the game more competitive. They break into houses to hide from your arrows, and when they got furious their massive axe is thrown to splash you head into pieces.
Assassin United.
Two, Three or Four assassin may unite to defend the town. Use wisely the four available archery spots to survive as long as possible. You can choose one of the public servers, that asks for your support or decide to defend the castle only with the brothers you know on the private server.
PvP Deathmatch.
For those who would rather test themselves against other players online in a competitive mode, the PvP Deathmatch was introduced. But be careful with this one as there are some extremely skilled archers waiting for a challenge there.